Living Things We Have Known... and Those We Will Come to Know on Our Voyage

I am sitting in front of our glowing fireplace (cuz it's so darn cold outside - yes, lots of new snow overnight even as we come to the end of March, 2011!!) cuddled up with our two puppies, Nessie and Harley:

and thinking about Joey (or Joe Doug - play on Joe Dog- as he has come to be known in Prince George where he is now looking after Min and Nick - he has started up his own "Joe Doug" facebook page so you too can get to know him albeit virtually!) here in our 101 year old house in Calgary. 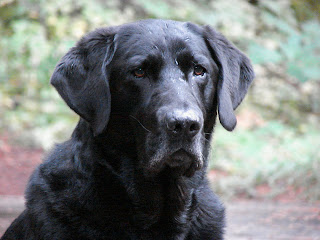 Above is Joey (aka facebook Joe Doug) out and about in the woods.

Below is a little action clip of Harley and Ness out for a lovely run on Quadra Island.
I am thinking about how sad it is that we will be leaving them behind when we head "over the horizon".  We know that lots of people do take their pets with them cruising and, for them,  it is quite a successful experience.  We have decided that this little trek will be challenging enough for us to stay safe and sound let alone worrying about little ones.  No thanks, not for us!

Living Things We Hope to Come to Know... during our Voyage through the South Pacific:

We are, however, looking forward to meeting up with some new animals including tropical birds, fishes, ocean and land mammals and a variety of other creeping, crawling, swimming and flying things!

In the Marquesas we are hoping to catch a glimpse of some of their endangered endemic species:

Although very beautiful some of the introduced species, both flora and fauna are taking over the environment of the endemic species and threatening the existence of not only the natural plants but also the birds and animals who live in French Polynesia and Hawaii.  One of the most invasive and worrisome plant species is the
Velvet tree, Miconia
Scientific Name: Miconia calvescens (aka: Cyanophyllum magnificum, Miconia magnifica Triana) 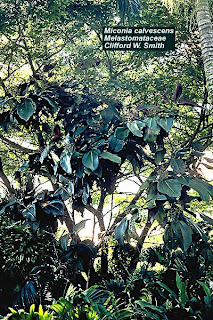 Threat(s): Miconia calvescens is considered to be the most highly invasive and damaging of alien plant species in the wet forest areas of the Pacific islands.  As a result of Miconia calvescens' invasion of Tahiti and the Society Islands, French Polynesian ecologists estimate that between one quarter to one half of all endemic species are at risk of extinction.   The plant forms dense thickets that take nutrients from the soil and block sunlight from reaching the forest floor, so that few plants under its canopy can survive.  It thereby deprives native birds of the plants they need to survive.  In addition, the species root system is superficial and tentacular, which is believed to contribute to landslides. Tahitians call Miconia calvescens the "Green Cancer," and in Hawaii it is referred to as the "Purple Plague."  Miconia calvescens was declared a noxious weed in the State of Hawaii in 1992.
Retrieved from http://www.columbia.edu/itc/cerc/danoff-burg/invasion_bio/inv_spp_summ/Miconia_calvescens.html

Here are some other interesting species of living things that we are hoping to see (make sure you click on the videos):

Above is a clip of the Common Seahorse underwater - we hope to do some diving and snorkelling and see sights such as these!

Above is a great video clip of a Southern Giant Clam... Wow!


Above is a video of a Thresher Shark close up... YIKES!- note the long tail that he uses to stun his victim!
Huge Whale Shark feeding - incredible footage from www.arkive.org