Beginning our preparations... Intros and Step #1 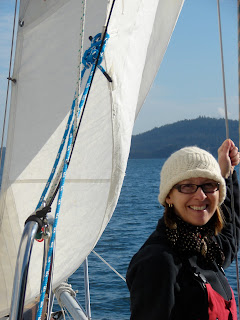 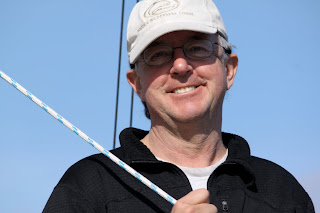 
I've been meaning to start this blog for a few months (just ask Bill, my dear hubby, who keeps saying "Why don't you set yourself a deadline" which means "Stop procrastinating and Just Do It [apologies to Nike]"). Well, I am now officially - ... Just Doing It!! Yay!! No more procrastination!


First things first... Introductions:
Bill, or William, Norrie (see photo above as I still have to figure out how to embed the photos exactly where I want them!)...

... passionate sailor, anesthesiologist, mountain climber (has climbed over 50 11,000+ ft. mountains in the Canadian Rockies and elsewhere in the world, including Bolivia and New Zealand!), gardener, reader and music lover including playing classical guitar (he will deny that he plays if you ask him to play a tune but he really is very good!)...

...retired teacher-librarian - passionate about getting kids and books together (so still available for contract work in school libraries!); sailor (on a steep learning curve - Bill's a wonderful sailing instructor!), chef, gardener, writer, reader and music lover (especially loves to listen to Bill play his classical guitar!)...


I guess I should provide a bit of explanation for this blog and why I am starting it now... Bill has been a sailor/racer for many years and was even part owner of a sailing racer (a 38' C&C)for a number of years. His dream always has been to "sail over the horizon" in his own boat. When I became a permanent fixture in his life and he shared this dream with me I said "Well, let's do it - we are definitely not getting any younger!!" Now you have to know Bill to understand that when he hears encouragement like this he really gets into gear. The long and the short of it is that Bill and Cathy (i.e. William and Catherine) are now taking a 6 month leave of absence starting June 1, 2011 to "sail over the horizon" in their own boat!

We have been in the process of preparation ever since we made this decision (which was during fall of 2008)...

Purchase a suitable boat... Lively Lady II (see photo below) a beautiful Pacific Seacraft Crealock 37... for all you non-cruisers this boat is known for its incredible 'sea kindliness' (i.e. she cuts through the waves as if they weren't even there and no huge splashes onto innocent people in the cockpit!!). 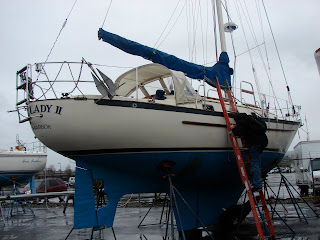 in their private moorage at Brown Island just across from Friday Harbour, Washington.  Lively Lady II on the hard in Bellingham, Washington

Unfortunately Dick died only 2 months before we bought her so we have never had the pleasure of meeting him, but we have been in pretty constant communication with Chrissy ever since we bought LLII on Bill's birthday, January 29, 2009!!!

We flew down to Bellingham to take a good look and make a final decision and... it was done! We now own a beautiful cruising sailboat!